LaRee Clark Doxey had a time of sorrow, which she looked back upon with sadness. But she was able to see that she had gained several things from the experience: first, an acceptance of the Lord’s will, knowing that he is always right; second, patience and fortitude, which prepared her for future times of sorrow; and third, knowledge that unhappy experiences are not always as great a tragedy as they seem at the time. This is her story.

As a very young bride, she was joyfully anticipating the advent of her first child and was looking forward to welcoming this tiny baby into her and her husband’s hearts and home. Unfortunately, the beautiful son born to them was three months premature and was having such a difficult time that the attending doctor said he could not possibly live more than a few hours. Today, this small infant’s life could have been sustained by advanced medical know-how and equipment, but at that time, 1924, in Brigham City, Utah, he wasn’t given much change to survive.

This dear sister was so fearful that she would lose her son when he was born that she prayed for the Lord to spare his life and anxiously kept a mother’s watch over him, moment by moment, fervently willing him to live. Oh, she could not bear the agony of losing this beloved little spirit and she continued to plead with the Lord as the hours went on. Finally, one day had passed by and he still lived.

He had developed a jaundice condition and only barely held on to life. As she continued the vigil to keep her son, she began to think of the child’s struggle to survive. Doubts crept into her mind as to whether it was right to hold so tightly to him when he was having such a difficult time. Still, she could not bear the thought of going on without him, so her fervent prayers continued. After a week, he was still alive. The doctor marveled, yet knew how tenuous was the babe’s hold on life. On that day, this sister asked herself if it was right to cling to this tiny infant when he seemed to have such a struggle to live. If God in His wisdom felt it were better that He take this sweet spirit back to Him, did she have the right to demand otherwise?

As she entertained these thoughts, there came an almost imperceptible lessening of the tension and agony in her breast. She offered her tearful prayer: “Dear Father in Heaven, if I am wrong in struggling so hard to keep my baby here and Thou in Thy wisdom know that it is not best, then I am willing to accept Thy will; with Thy help. In the name of Jesus Christ, Amen.”

Relief and misery battled with her spirit and she wept as she opened her eyes and looked toward the tiny cradle where her precious infant lay. Then, as she watched, a white-robed personage entered the room from her right. He moved across the room to the cradle. From that small bed there arose the child’s spirit, adult size, and joined the waiting personage and departed from the room.

Shortly thereafter, her husband’s father came into the room. He looked at the infant, then hurriedly left the room to confer with his son, saying that the baby had returned to his Father in Heaven. They decided not to tell her until morning, both unaware that she knew.

Although the following time was a sad and difficult one, she took up the threads of her life and in due time had four little spirits come to her, but not without further tragedy, for her last little son also lived but a few days. Although she had had these sorrows, acceptance of the Lord’s decisions has left her with peace and tranquility and a sure knowledge that her Father in Heaven has her best interest at heart. Now she can see that those two sons who sojourn in the spirit world have been spared many trials and tribulations. 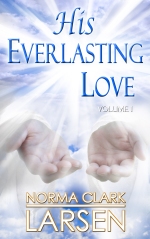 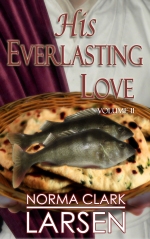 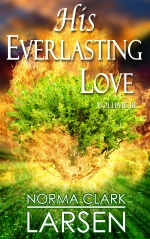 Stories of the Father's Help to His Children